Before anything, I would like to thank you for the time you dedicate to answer this interview. Con mucho gusto.

Could you tell us a few things about yourself? I live in Sacramento CA, I grew up in Kentucky, Indiana, Yugoslavia and Cuernavaca, Mo. Mexico. My Father is a rather well know Cave Bioloigist/entomologist so I traveled a lot as boy to various ponds, lakes, streams and rivers, always curious to see what in the water crawling or swimming around. I am 42 years old. I write, I am a doctoral student, and I have clients for aquariums for work. I went back to college in my 30’s.

I would like to know how and when you got into this world of aquariums. I caught freshwater minnows in the local stream in Stonewall in Lexington, KY with a klarge wash basin for a container and a small net. I was perhaps 4 years old. the fish died due to high temperatures and no O2, but I did not realize this for some years. I was 7 when I wandered into an Aquarium fish shop near where I lived in Indiana and ended up working there for a few years. I caught fish locally, most rainbow darters for my aquarium and also started growing plants I’d collected as well. Fluorescent lighting was fairly «new» for many aquarist back then. There were no submersible pumps or heaters either. The prices of fish have not changed or gone up much since then either. I got into planted tanks after seeing a Dupla set up in 1989 in California. I started using DIY CO2 soon after wards. 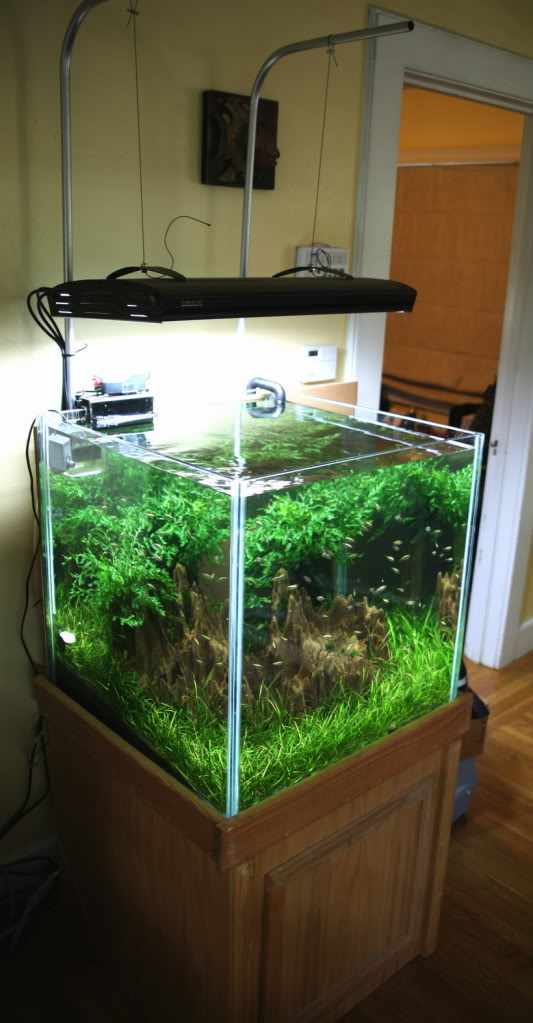 Now, if you don’t mind, a few technical questions:

Which kind of substrate do you use? This is a loaded question, I have several goals and aesthetic issues with sediments. ADA aqua soil, Black flourite sand, White dolomite about 5-7 mm, and wetland soils which are screened and rinsed for various pot sediment test we do at the lab. I’ve used most everything at one time of the other as far as sediments. I prefer one single homogenous sediment personally. 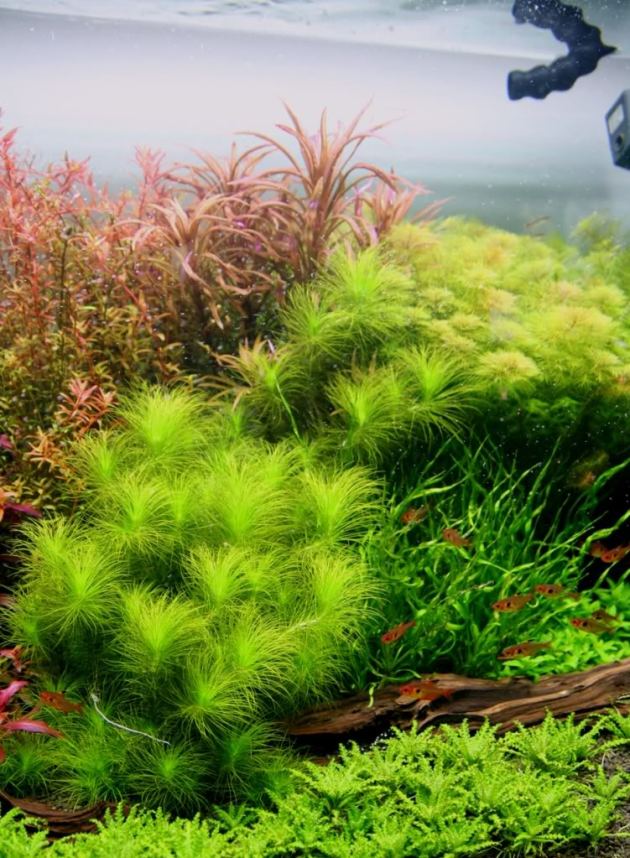 Do you consider filtration as an important part? Yes, mechanically cleaning the water is certainly good, and if the plants have anything go wrong over time, then the filter is a good back up.
Doesn’t hurt to have and can only help. I need some flow anyway.

What else do you consider a must when setting up an aquarium? A clear goal and then a method applied specifically to that goal, not the other way around. All too often I see aquarists trying to bully someone into their own goals, not the hobbyists they are trying to help out. This might be something as simple as some floating plants like water sprite added to an existing aquarium and nothing more, or it might involved a lot of $, large team effort and high tech equipment, CO2 enrichment etc.
People have many different expectations regarding what is a planted tanks, it means many things to many people and thus I have a more individual concept about it. So it really depends on what the goal is.

What kind of fishes and plants are your favourite for your creations? I tend to like a large variety of fish like most aquarist.
But often I chose smaller fish that have interesting community behaviors.
I like many small fish to make the aquarium look more like a real natural scene, aquariums are relatively small by nature’s standards, and the smaller fish make the aquarium appear larger, as well as providing a good home for the fish instead of larger fish which feel more cramped in the same living space.

Plecos have long be some of my favorite fish. Plants I like based on the ease of growth and suitability. Ferns are nice, some slower growing stem plants, Staurogyne is a nice plant I like right now and plecos cannot up root the plant easily!

Can you please briefly explain how you setup an aquarium from zero?
1. Goal, concept. Something different that appeals to me or something I’ve seen.
2. Fish selection
3. Size of tank, Hardscape material selection
4. Sediment choice/s
5. Plant selection
6. I might do a dry start or I might fill the aquarium and start it up right away. Depends on the goal. There is no set formula, just general concepts.

You published the composition of the ADA composts. What conclusions did you come up with? In relation to the substratums, did you also study their composition and origin? The main factor was NH4 in the new ADA aqua soil, it really was reduced greatly over time, other nutrients such as K+/PO4/Fe/NO3 remained constant or increased. Powersand was mostly a source of NO3 for the initial grow in period of a few weeks. Conclusion was to use more KNO3 instead of PS and to keep the plant growth going well with older sediments and also make sure there’s a decent fish load for NO3 and NH4. It was not that different as far fertility and other parameters from wetland soils. More user friendly I’d say though and for anyone selling a product for hobbyist use, it’s a good product and widely available. Many like DIY, many do not.
I measured both for that reason as well as over time. 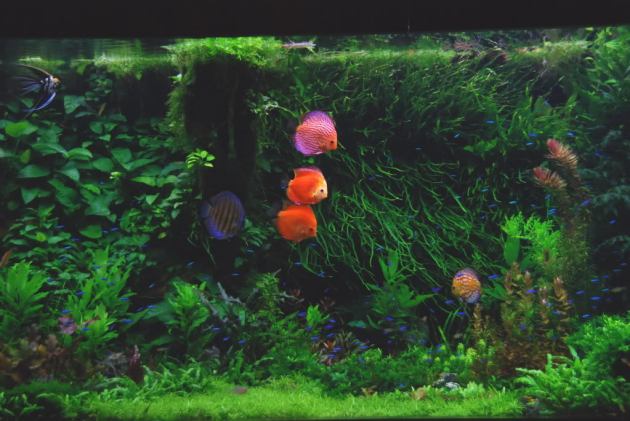 What pushed you study these products? Lack of any information on them and wide spread use.

Where you disillusioned with any brands? Well, some made marketing comment choices that I know to be false, but in their defense, they are just saying what aquarist *want to hear* to sell products, they are in business, ___not___ trying to debate facts. They have different goals.

Did you do it to diminish the overall impression that some compost products are miraculous? Well, I’m not much on faith and the belief in aquatic plant miracles 🙂
If you market that, then there’s a risk that the world might not be flat after all.

Or is it a keen interest in the study and knowledge of certain composts and their composition (which normally is not stated on packaging) Not really, I already know what helps plants grow in aquatic sediments and environments since that is what I study academically. It’s horticulture and there are plenty of aquatic nurseries such as Pisces in AU, Tropica in DE, FAN in the USA, Oriental in SG. No secrets there.
It’s more to demonstrate to aquarists that they can answer many of the questions they have and not fall for some of the typical myths and mob mentality that is common in the hobby. It’s not just all about sediments, or all about water column, nutrients are only part of the larger picture of plant growth. Light, CO2, expectations, goals etc, human habits etc play larger roles I’d say.

What made you write the “estimative index”? Could you resume it briefly? Sure, I had trouble and so have many, over the years, trying to goad other hobbyists into testing and using their test kits properly. I did not like initially either. I accepted it as a necessary «evil». Most will not calibrate them or buy high quality accurate methods to analyze their aquariums. But they want to rely on them and base all management decisions on the results without any verification. This leads to really high risk of making an incorrect assumption of being right when you might be wrong.

I found this a difficult argument to resolve with most people, they already did not like all the «chemistry».

We had been suggesting in the mid 1990’s to test + do partial water changes. I noticed I’d had nice stable nutrient levels with higher dosing and larger water changes, so I stopped testing and then watched.

I suggested other aquarist do it.
So when I figured out that there was no longer any need, all the aquarist needed to do was one simple water change, something they already knew how to do and where familiar with, then it made keeping nutrients very easy.
I really do not think it was myself who came up with the idea really, I just argue the logic for it given humans, their habits etc. The dilution mathmatics is a simple infinite series. I can promise you I did not come up with that math part! Most of the general ideas are from Paul Sears and Kevin Conlin’s but I used more water change %, and added more nutrients/CO2/light and then PO4. Gerloff and Kromboltz 1966 suggested a similar method and range of nutrients, 3 decades prior for growing aquatic submersed plants in water solutions. I suspect many hobbyists had been doing it or something pretty similar for many years prior to myself coming along. 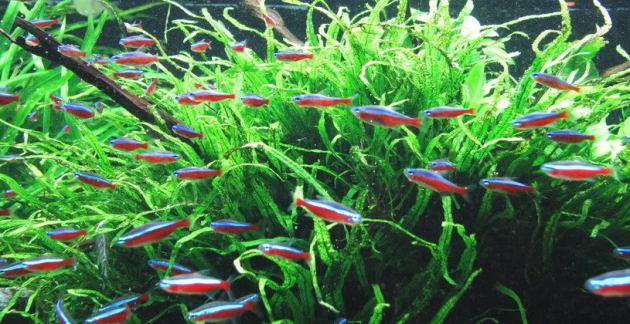 I’m going to give you a list of word and you comment what comes to your mind:

Diana Walstad: Very nice smart person and one of the few advocates against the Great CO2 bias.

AGA: One of the primary reasons I got on line and involved in the hobby.

Hemianthus Callitrichoides: Plecos love to uproot and pull it up.

That’s all Mr. Tom.
Thanks again and best regards.